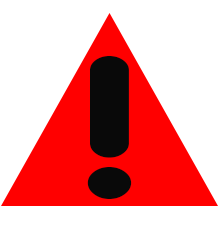 Did someone unplug the main power supply cord over at the Google HQ’s?

I joke, but I’ve read so many complaints about their various products in recent weeks and most of them involve reporting.

From quirks in the Google Webmaster Tools backlink reports to Analytics not reporting, you name it.

Last month I began receiving more “low-AdSense-earnings” Facebook messages and emails than I normally do.

I don’t obsessively check my earnings like I used to, so it had literally been a couple of weeks since I logged in. Now I was curious.

The Case of the Missing Impressions

At the end of January, I decided to check my account.  I expected my earnings to be far above November and December for two reasons…

After I logged in I was quite surprised to see that even though traffic was way up, my earnings were not.  In fact, my January earnings were on pace to be less than December’s.

So I investigated a little more and noticed that impressions for one of my highest traffic units were not being recorded.

It started around January 18th and as of today, there are still sporadic issues.

What’s interesting is that on one day, one of my units won’t track properly and another is working fine.  But on the next day, the unit that was tracking properly will stop tracking and the other one begins reporting properly again.

Then on January 20th, I noticed a large increase in my earnings for that day.   My click-through-rate was normal, so it was as if they were playing catch-up with earnings that had not been reported previously.

And finally, on February 5th I logged in and saw this message…

It was nice to finally get some kind of acknowledgement that there are issues — even though it was pretty obvious something was not quite right.

If your earnings are low and your traffic, click-through rates and eRPM (revenue per page) are “normal” (obviously normal is relative), there could be issues with the reporting.  However, Google assures that everything is still being recorded.

Meanwhile the Google forums are also on fire with complaints about low earnings in 2013.  Some people are reporting “stuck” impression reports like me and others are noticing lower eRPM (revenue per page earnings), a decrease in click-through rates, etc.

Some people claim that their accounts have stopped reporting data altogether.  See the post below…

What about you?  Have you noticed anything strange with any of your Google accounts recently?